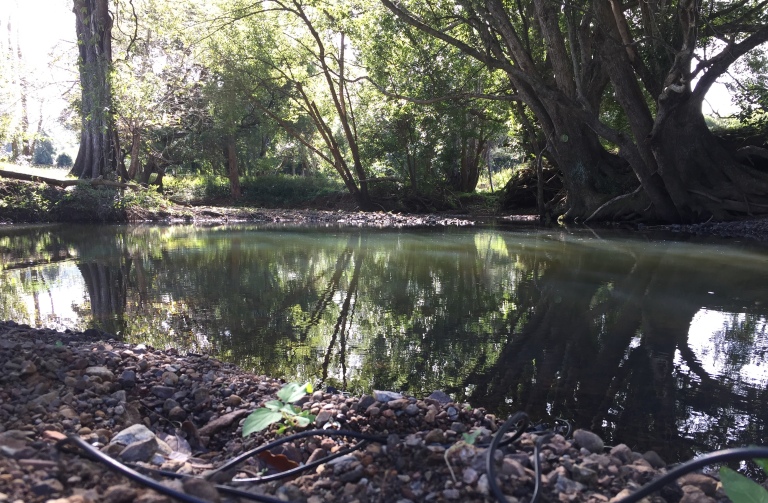 For several weeks I have considered walking down to my local creek in search of a moment’s respite from everything the year has brought us. It is here at this creek that I first discovered the wonder of a completely separate universe that lies beneath the water’s surface. Not only is the sound of the water creatures communicating utterly compelling, I still don’t know exactly what it is that I’m listening to, the act of listening and recording becomes it’s own effortless meditative process. Forced to sit over a period of time during the recording process, the mind’s internal chatter, it’s loops and tangents, begins to quieten. In it’s place an acute awareness of the immediate surrounds fills the mind. Spatial observations of place through sound objects inform the mind, and at the time of recording at least, beautiful visual moments so easily missed become apparent. Here, light reflecting from the creek flickered on tree branches, moss slowly moved in the current, a leaf drifted along the water’s surface. Small things but so powerfully brought to attention through the act of positioning oneself in place and listening. 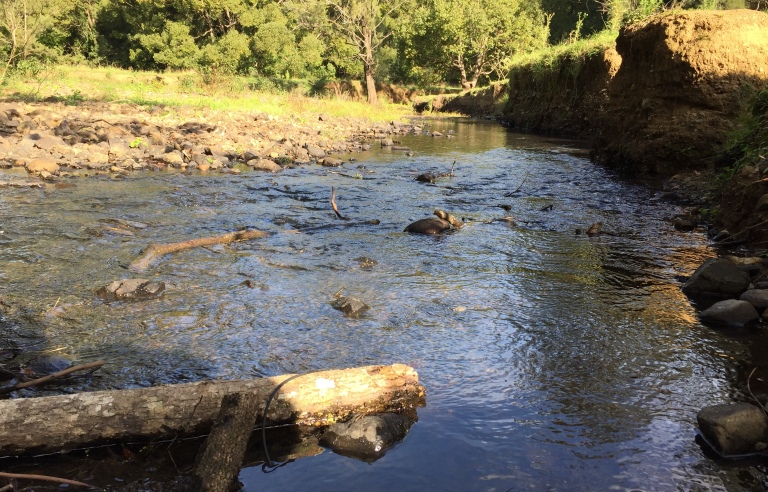 Moving 100-metres downstream I placed the hydrophones in these shallow rapids and enjoyed the contrast in sound that existed between the two locations. Although these harsh sounds often become the building blocks of sound pieces, I wasn’t interested in spending much time there. The harsh timbre was not what I needed to hear that day. 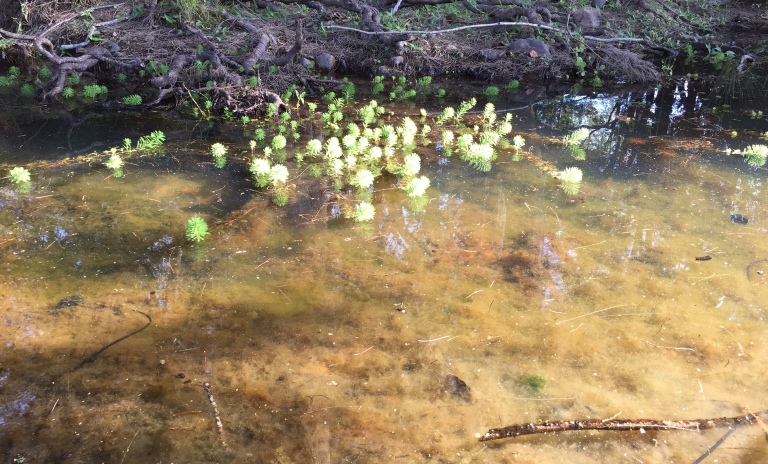 And then, in this murky little pond, I placed the hydrophones into the water for my final recording. Another surprising little universe. But more than that … sitting by the water’s edge the sound directed me away from the existential dread that has taken hold this year. This year only? Further back in time than that in fact. There were questions. When did the balance tip? Was there a single defining moment, or just the creep of time bending space, distorting all that mattered?

4 thoughts on “Quietude and the power of listening”