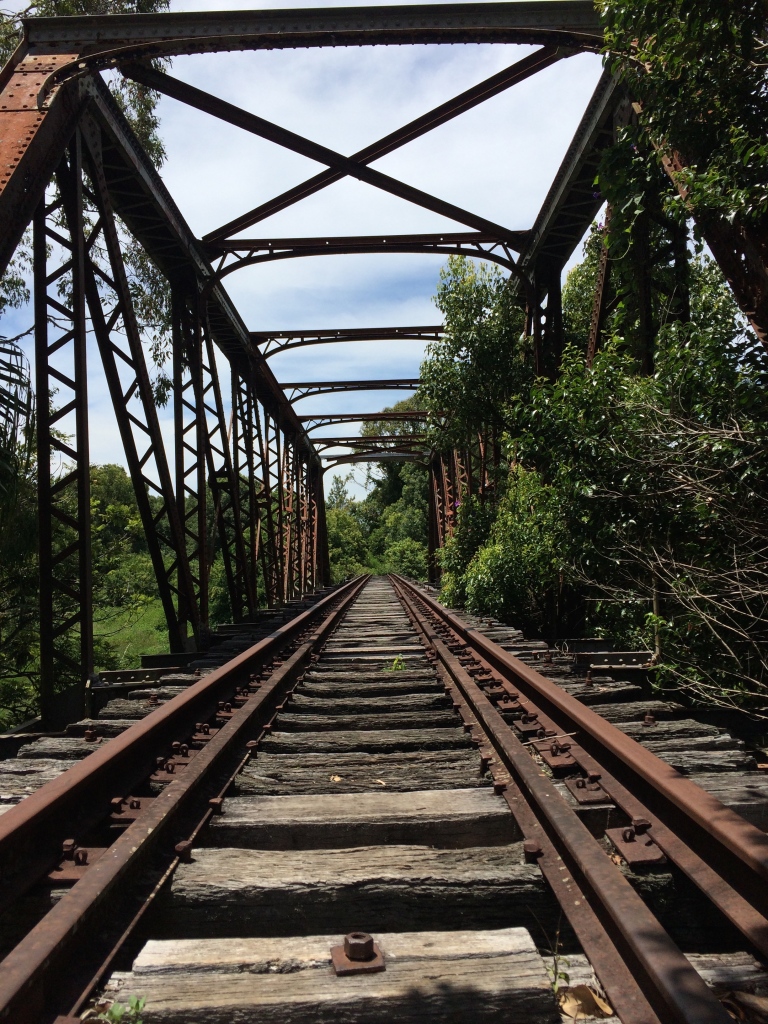 A disused rail bridge in Eltham

Summer in northern NSW … humidity, mosquitoes, snakes, heatwaves, swimming with sharks at the beach. Not my favourite season. It is however time to begin collecting new field recordings for a phonographic project focussing on abandoned railway lines. Curated by the Unfathomless label the project has pushed me into the sweaty heat in search of sounds which may or may not  end up in the final work.

My first recording was taken around this fabulous old train bridge. I sat in the middle and connected contact microphones to its steel frame but nothing of interest played through the headphones. Instead I trained a shotgun microphone towards a colony of cicadas whose rhythmic stridulation signalled the midday heat. As I recorded I watched a school of fish swimming below, glints of silver broke through the water’s surface. 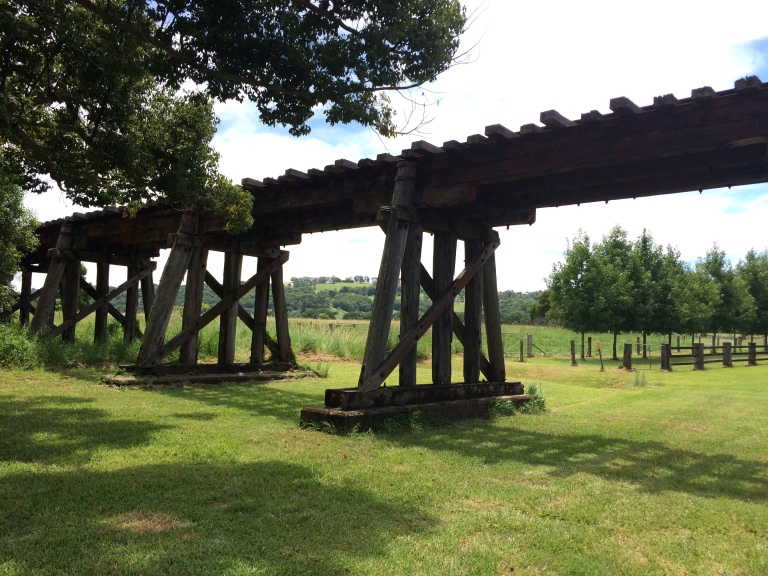 It didn’t take long before a nest of ants discovered me. Their incessant bites and a hot wind drove me away. A few kilometres down the road an old overpass held the promise of shade and sound. 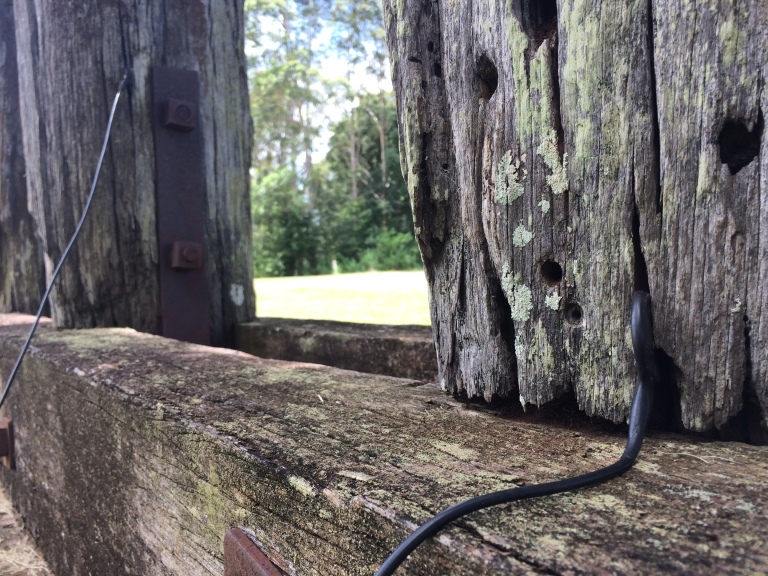 Contact microphones wedged into splits in the old wooden pylons

I had expected to hear the sound of wind circling around the pylons, and it was indeed present. What was of greater interest were the little clicks and squeaks of insects that must have been living inside the wooden frames. The incongruity of such high pitched signals emanating from such bulky pylons was amusing and fascinating. I have no idea what the sounds were and would be happy for someone to let me know.

That’s enough recording for one hot summer’s day. Once the heat is over it’ll be time to travel and record more of the abandoned railway lines.