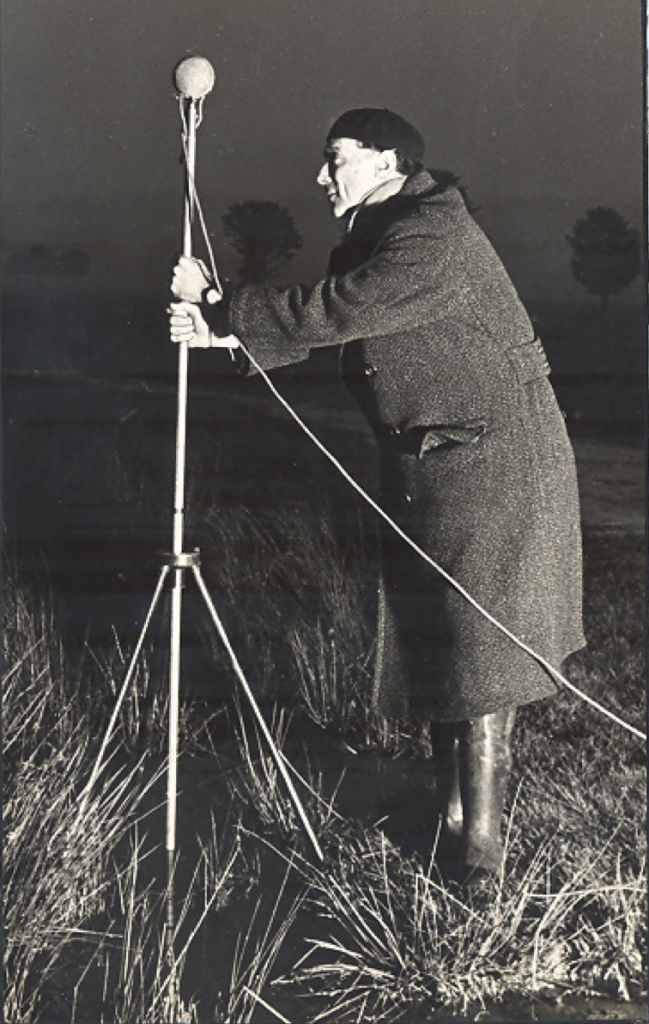 In 2014 Cheryl Tipp from the British Library invited me to create a sound piece that would pay homage to the German wildlife recordist Ludwig Koch. Tipp’s project outline provided a brief biography of Koch:

Ludwig Koch (1881-1974) is one of the greatest figures in the history of wildlife sound recording. He made his first recording in 1889 at the tender age of 8 and went on to pioneertechniques for recording wild animals in the field. He championed projects such as the sound book, which combined text with audio recordings and published a range of titles from soundscapes to identification guides, first in his native Germany and then in Great Britain. His work at the BBCallowed him to bring the sounds of nature to a whole new audience through the medium of radio and he soon became a household name. In 1960 Ludwig Koch was recognised for his services to broadcasting and natural history and awarded a MBE by Queen Elizabeth II.

Cheryl Tipp and David Velez invited artists working with sound to create pieces based on a specific theme. Each theme was to be informed by material held in the archives of the British Museum. I was given the theme of “Night night”. Two photos of Koch recording at night were provided to me.

The photos suggested a sense of wonder, a new age of recording and listening to the world had begun. Looking at the men in hats and coats I also felt a slight sense of menace, perhaps this merely reflected my consumption of 21st century popular culture rather than what is really present in the photos.

The sound piece uses my own recordings taken at night in the surrounding forests. It also mixes a few of Koch’s recordings, those being a curlew, wolves, and incidental crackles and pops. Unfortunately the project never got off the ground. So here, presented in two parts is my own contribution, Night Night.