I swore there would be no field-recording during the much treasured summer holidays. This would be a time to rebalance the senses, to enjoy the outdoors without microphones and recorders. For the most part this resolution was maintained, helped in no small way by strong winds and temperatures of 40 degrees.

But there were some key sounds that couldn’t be left undocumented. Dry plants swaying in the relentless wind …

On New Years Eve we climbed a hill adjacent to our cabin to watch the final sunset of 2015. It couldn’t have been more perfect. As a rainbow stretched from one range to another the sky started turning into various shades of blue to indigo to violet.

The sky, the ranges, the plains … colours enough to startle my jaded self into a renewed sense of wonder, an appreciation of the ephemeral. The wind tore through the trees. 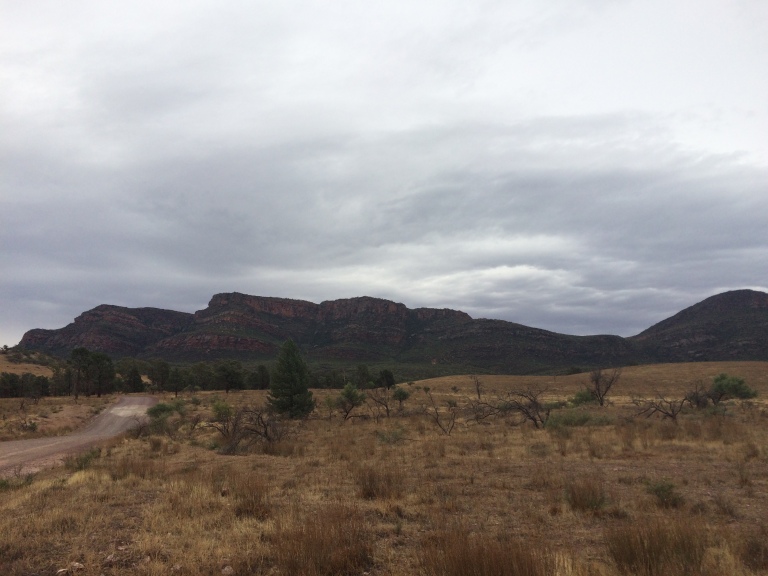 The following morning we walked into a small section of this range. Here we were told Indigenous rock paintings telling the story of the formation of the ranges could be found. 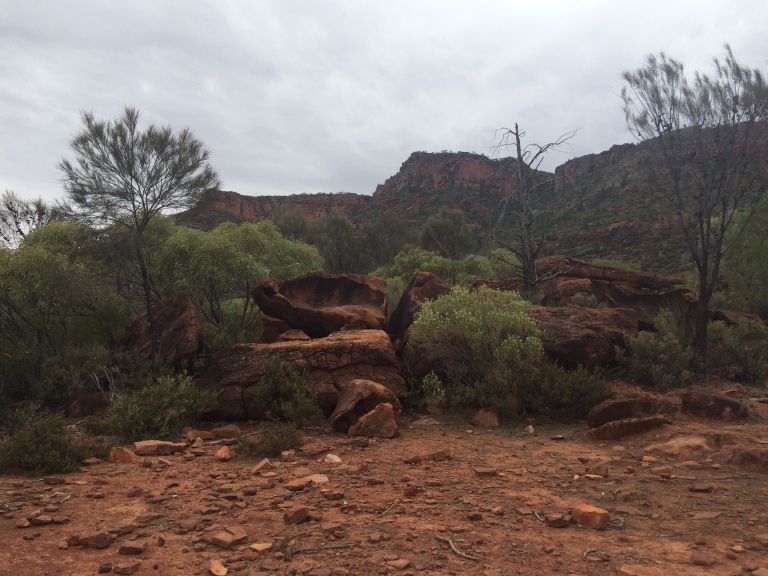 It was early in the morning but the heat radiating from the rocks was already intense. The unfamiliar terrain kept us walking. 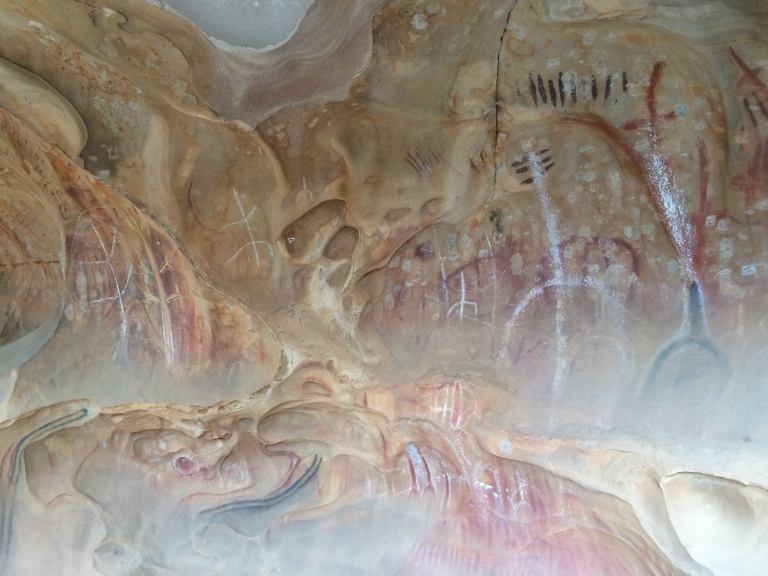 Finally we came upon the ancient paintings, the sunlight reflecting off the rocks. The weight of its history and significance kept us there, we looked at the contours, the colours and motifs, but couldn’t decode its narrative.

A wire grill protected the paintings from human interference. I attached microphones to it and recorded the wind passing over the wires. A sound imposing a cinematic effect upon the location.

Eagles and hawks dominated the sky. 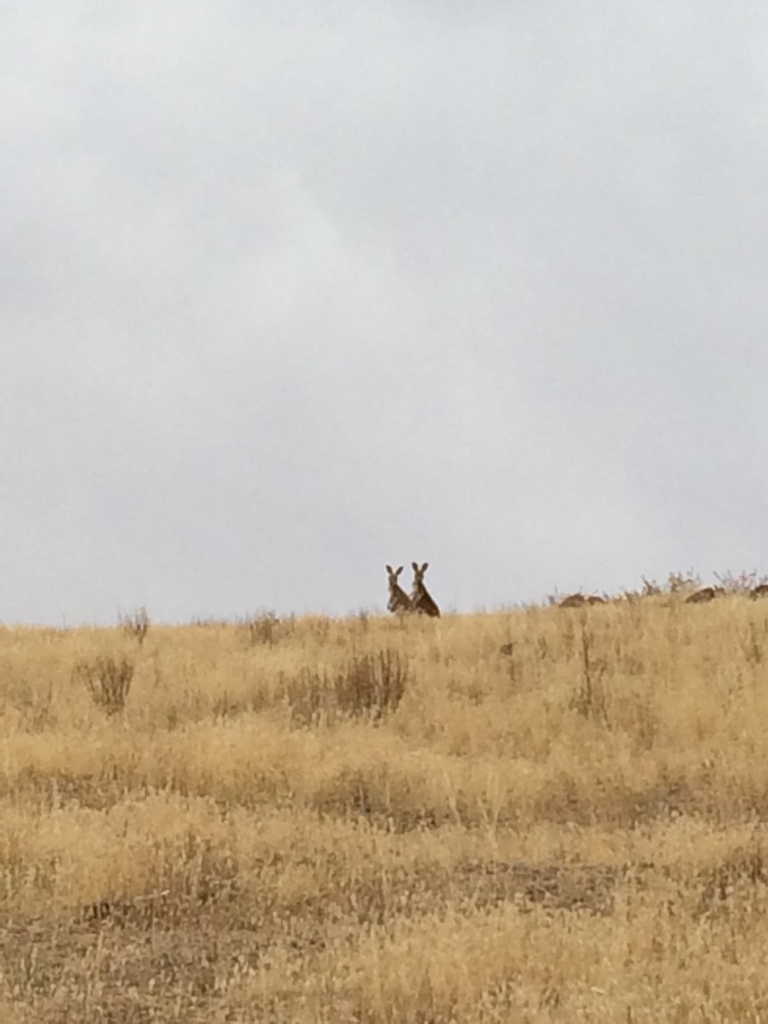 Kangaroos and wallabies watched us wherever we went

A canyon in another part of the ranges contains another set of visible reminders of the first Australians. 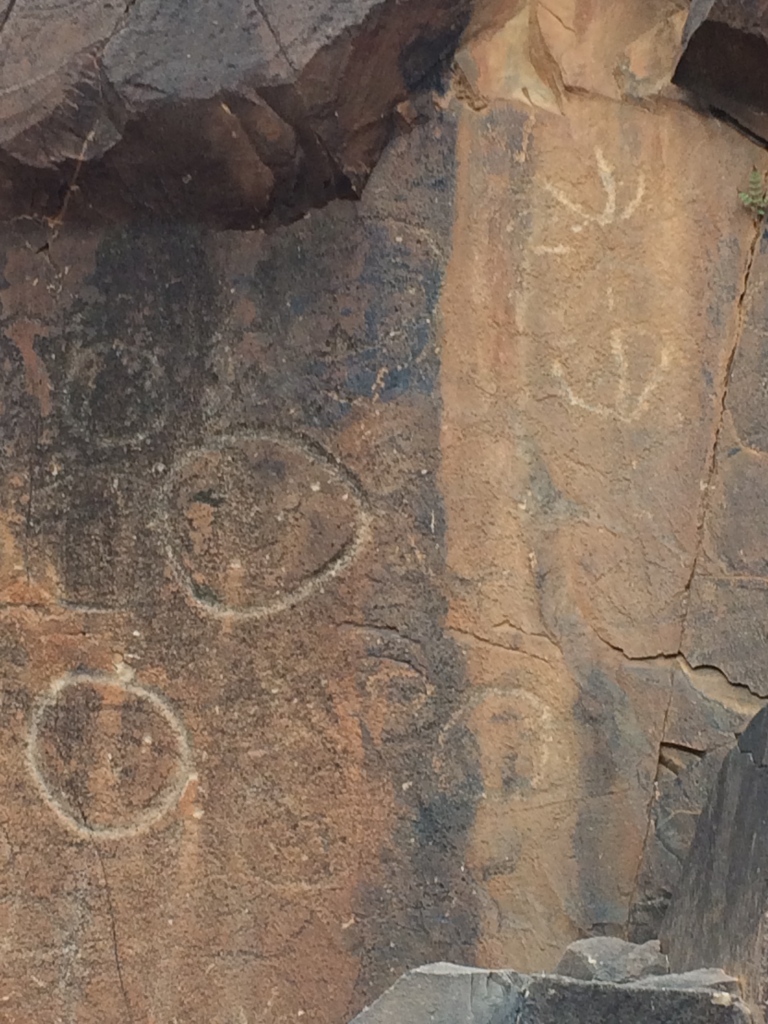 Carvings in the stones signify pools of water that can be found in this arid region, others signify emu footprints. Here the sound of flies dominated the small space. I regretted leaving the microphone behind that day. 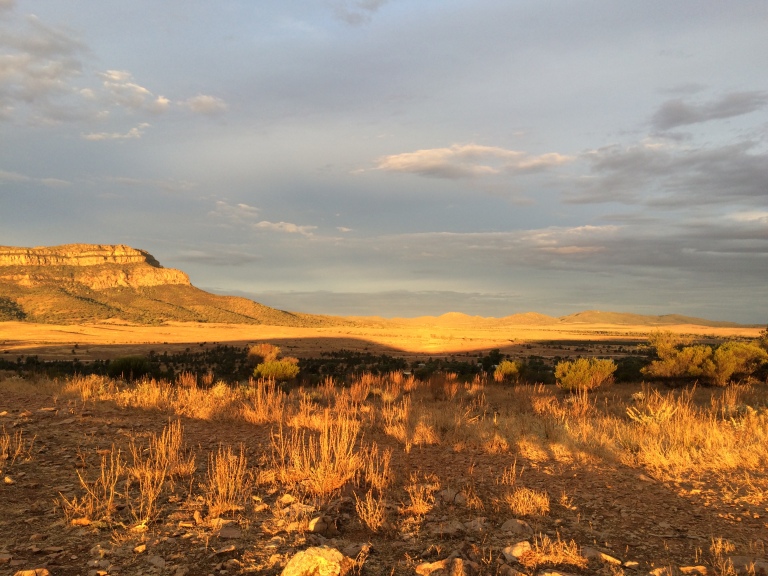 The first sunset of 2016 was quite unlike the evening before. A brilliant gold swept across the valley. Wind and flies welcomed the new year. 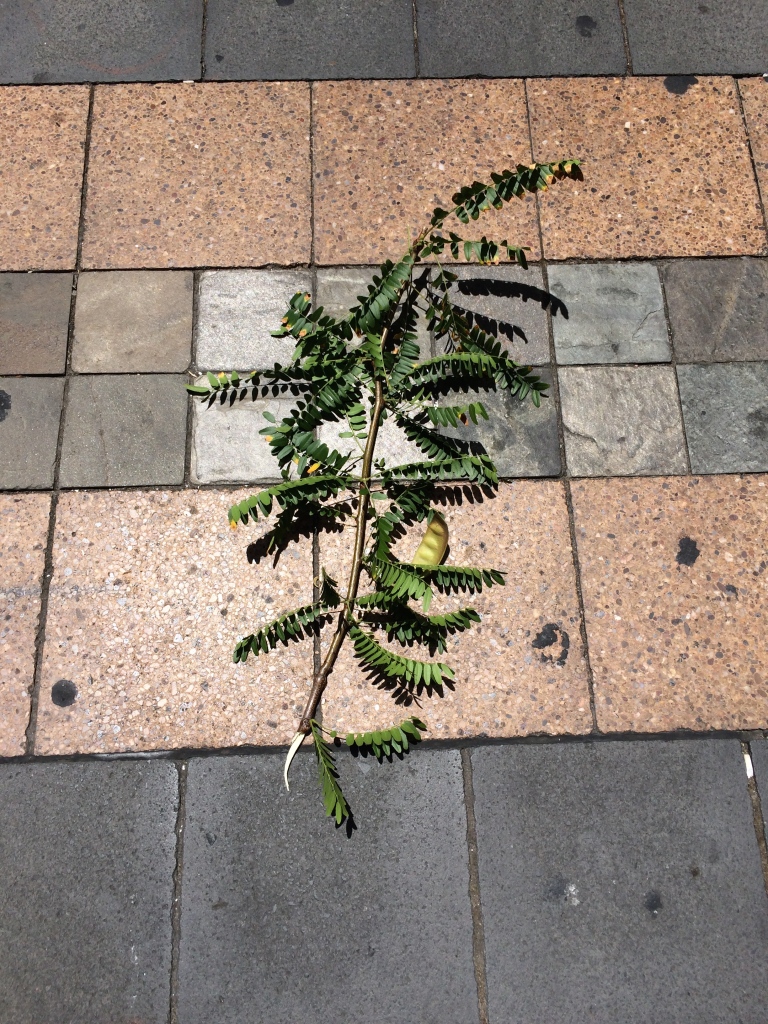 A 5-hour drive south brought us to Adelaide. We sat on the street and saw a man walk into a tree branch. He cursed loudly before tearing it to the ground. Days later David Bowie died.

2 thoughts on “Flinders Ranges – a trip into South Australia”