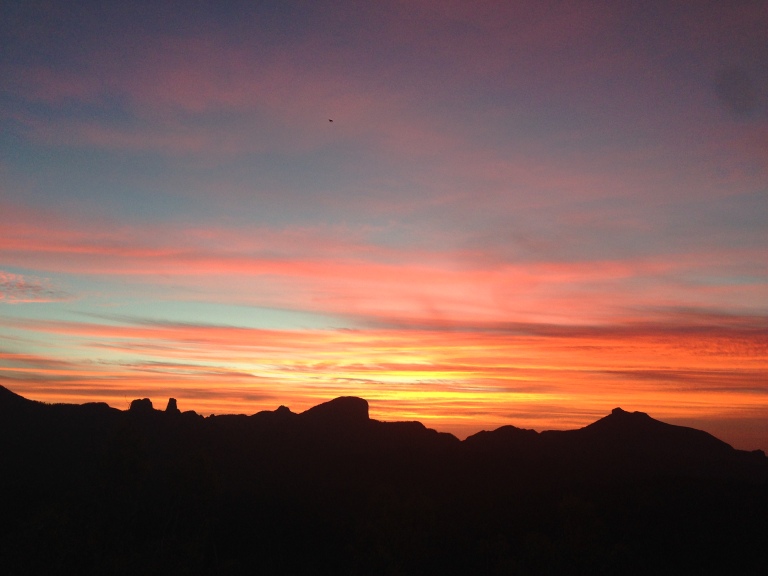 It is a strange experience visiting the place of your birth, a region left behind as a child with only family photographs and verbal anecdotes to support the fact that this period existed. The Warrumbungles National Park and its outlying farming districts where my family once lived had almost reached a mythological status in my mind so 41 years after moving away seemed more than an appropriate amount of time to visit it. 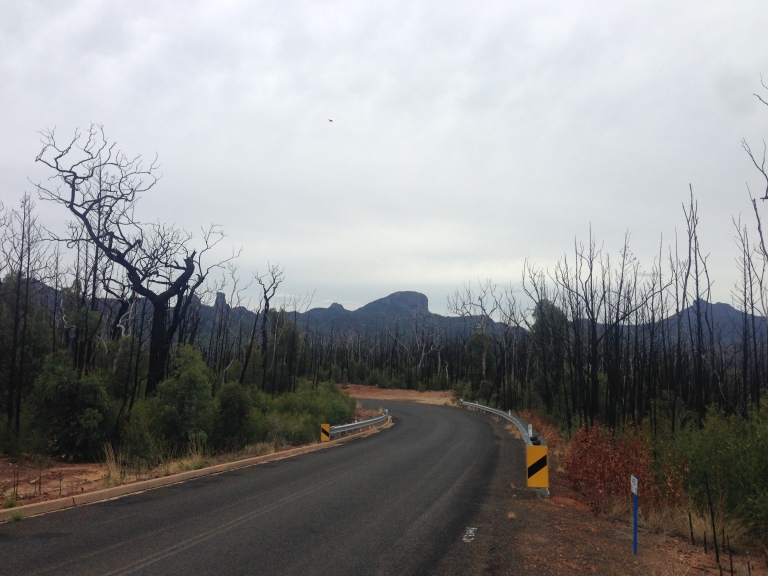 In what is otherwise a land dominated by flat fields of yellow wheat the Warrumbungles rise incongruously from the ground in ancient violent rocky eruptions. Once covered in a layer of green foliage the Warrumbungles were stripped bare by an intense bushfire in 2013 that burnt 43,000 hectares of eucalyptus forest to the ground. Driving through the area it was very evident that 80% of the park had been devastated. Blackened tree stumps were what remained of the forested hills although hints of greenery shooting from the cracked earth pointed towards regeneration in progress.

Looking at the devastated landscape it was no surprise that there was little in the way of sonic variety. Aside from a few birds in small pockets of surviving forest the dominant sound came from cicadas. It was a strong auditory marker of how the biodiversity of the park had virtually been extinguished.

On our first night at the Warrumbungles we watched the sun set behind the hills. As the sky deepened in colour the cicadas pulsated in the valley below us. The sound was omni-directional having no fixed perspective, no discernible layers of depth. It was as if the immense stretch of earth below us was breathing in slow measures.

The experiences of the outside world were in sharp contrast to our hotel rooms. I’m always eager to explore these interior liminal spaces, searching for sounds that amplify our strange artificial worlds. Hermetic space capsules.

My favourite object to record was a TV in Canberra. A coil pickup microphone recorded this tiny musical siren perhaps warning of the health hazards associated with mind-numbing sit-coms and live-televised golf tournaments. 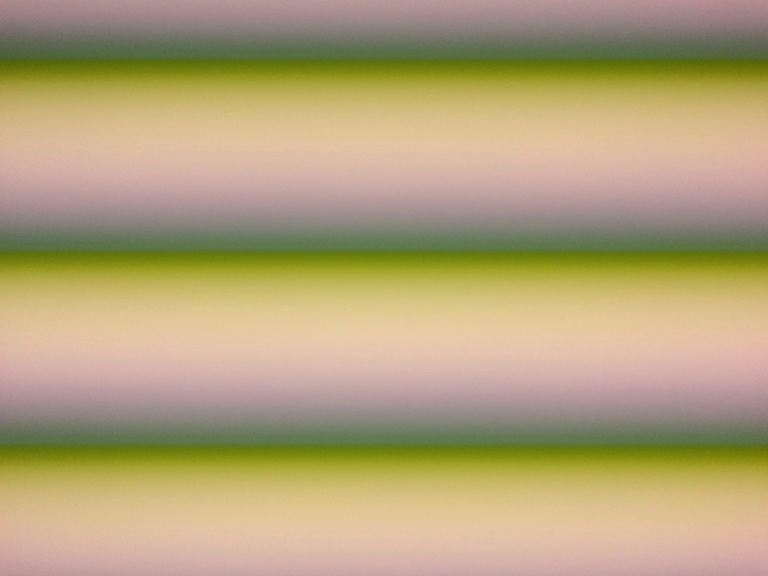 Later I recorded the flickering tone of a fluorescent tube that cast its sickening light throughout the surface of the hotel bathroom. This was one example of a sound whose penetrating edges perfectly resembled its physical source.

And now the road trip is over …

… I am left with only a small selection of field recordings, the scorching heat of inland Australia in summer deterring me from spending much time standing in the sun with a microphone. However the moments that I did record are now etched strongly in my mind, much like the way in which drawing objects in situ helps reinforce the awareness of space.

Returning to the Warrumbungles as an adult, with no real memories of the region from childhood, I found myself wondering what other possibilities life would have presented had we stayed there and not moved to the east coast. It unsettled me a little. Hypotheticals.