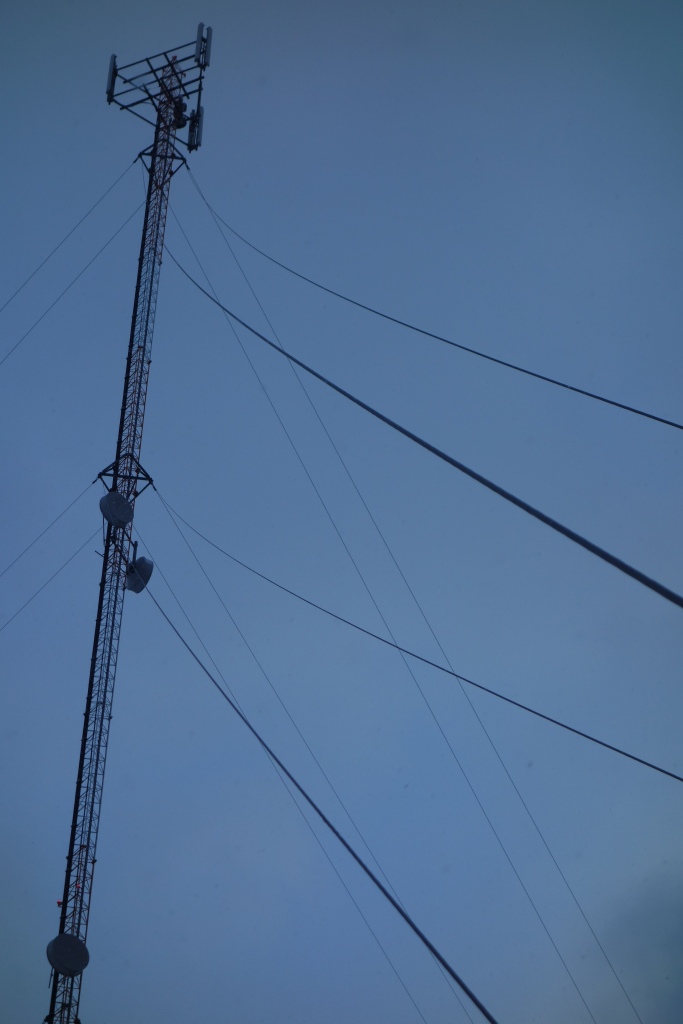 This telecommunication tower is my favourite object to record in the village of Mooste. I arrived in Estonia with the idea that I’d record the subtle sounds of snow and ice but instead the drones and crackles of the tower’s support cables have caught my attention. When I first recorded the cables last week I planned to return to the tower during a snowy afternoon. I was interested in what effect the tiny flakes would have on these massive support structures..

In this recording you can hear short staccato-esque sounds, almost electrical in tone, as hundreds of snow-flakes hit the wire. There are occasional pops when the snow hits the contact microphones. It was easy to forget the cold while listening to this sound playing through the headphones. 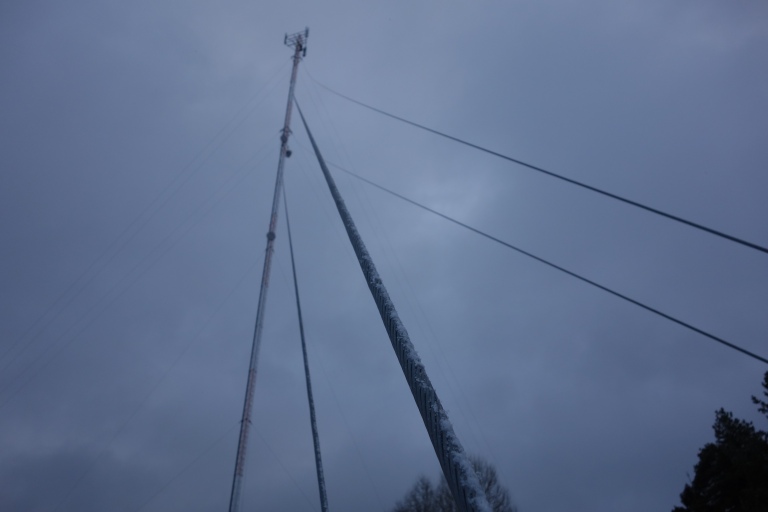 Once the snow had eased I returned to get a clearer recording. This time I struck one of the cables lightly with a stick, this being the same action Ben Burtt used to create the laser blasts in Star Wars. Unfortunately there was still a bit of snow and wind so I will have to go back again to get a recording that I’m entirely satisfied with. 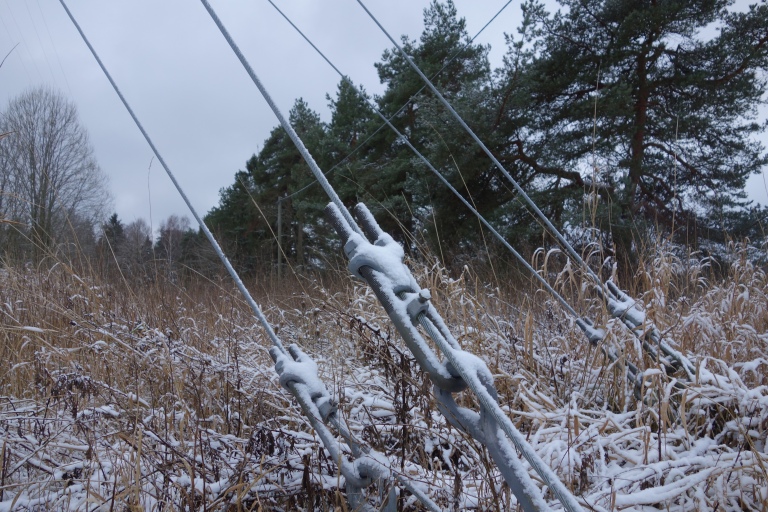 As my feet moved on the ground near the connecting wires a much deeper frequency moved through the cables. Headphones might be needed to hear this recording.

The residency here at MoKS has provided some unexpected outcomes. With less than 2 weeks before I leave I hope to add a lot more of these listening moments during what is left of my time here.

4 thoughts on “Snow on Wire”