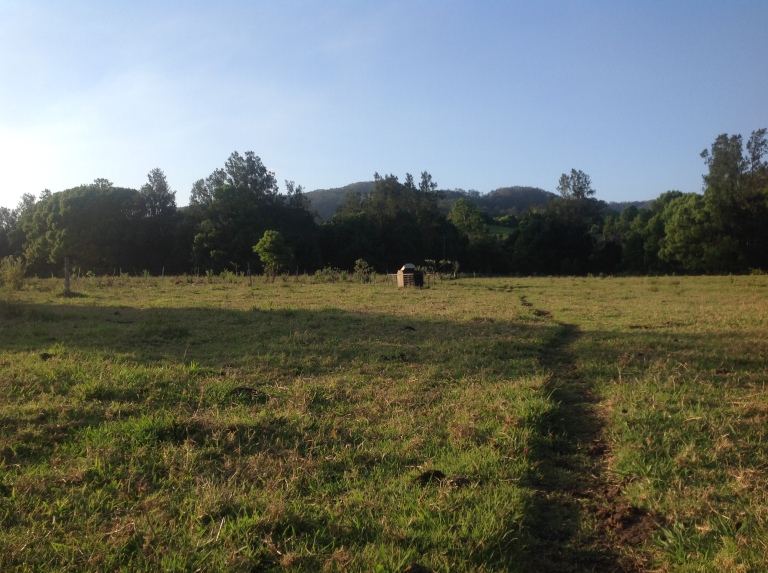 There, in the fading afternoon light, a layer of sound floated above the ground. It was without form, a miasmic cloud whose source could not be found.

Listening to this all-pervasive sound in the darkening field granted me an opportune time to reflect on the nebulous nature of sound. It is shapeless yet penetrating to the ear and mind, transitory as if a passenger through time. Sound’s properties are uniquely interpreted through the senses. Lacking a tactility it cannot be touched or seen, nor can it be tasted or smelt. Instead sound inhabits a ghostly sphere due to its absence of form. Without a material cue to guide us we listen to sounds and fall into a different movement of time, we lose contact with our conscious associations with the present.

In “Sinister Resonance” David Toop writes about the uniqueness of sound and its potential to disrupt, or disturb, the mind of the listener. Toop writes:

sound is a haunting ghost, a presence whose location in space is ambiguous … The intangibility of sound is uncanny – a phenomenal presence both in the head, at its point of source and all around – so never entirely distinct from auditory hallucinations. (p. xv)

seeing may establish our place in what is verifiable in one part of the surrounding world, by revealing what is in front of us, but hearing allows us constant access to a less stable world, omni-directional, always in a state of becoming and receding, known and unknown. This is the world that surrounds us and flows through us, in all its uncertainty. (p. 39)

A slightly longer version of the same recording:

Listening to this recording I am still struck by the floating chorus emanating from the ground. In the background birds and an electric fence can be heard, their source points being much more distinct than the ethereal sonic fog that filled the valley. The sound continued without pause for an hour and hasn’t returned since. It was everywhere yet nowhere, illustrating the nebulous nature of sound.

9 thoughts on “Everywhere yet Nowhere: the nebulous nature of sound.”