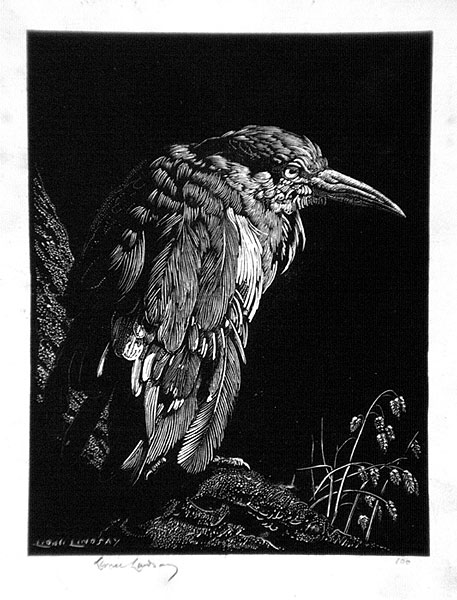 Lionel Lindsay’s 1931 wood-engraving The Clipped Wing depicts a raven surveying its surrounds as it stands hunched on a branch. Printed during the Great Depression it is said to not only reflect the socio-economic climate of the time but also the despair Lindsay felt at returning to Australia after years of enjoying the artistic delights of Europe.

Writing at the time J.S MacDonald said The Clipped Wing was created with the utmost simplicity to give feather form to Lindsay’s subject whilst at the same time expressing the utter dejection of a bird deprived of liberty and flight … It seemed emblematic of its times … as if the bird were meditating upon the vanity of existence.

This soundscape positions the listener next to the raven. A dark wind blows through the leaves of the tree, ravens are heard flying in the distance prompting an occasional croak from the raven in the foreground.

One thought on “Listening to Lionel Lindsay’s “The Clipped Wing””