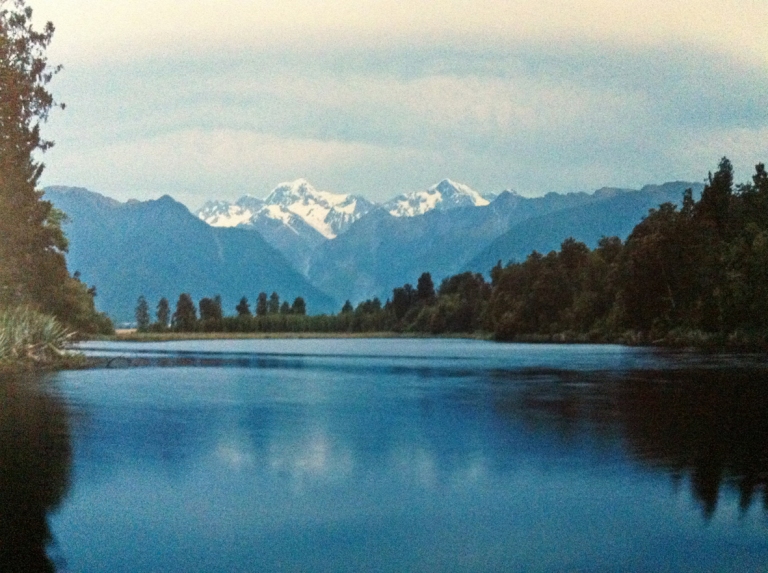 While staying in a hotel in Sydney my eyes rested on this photo on the bedroom wall. Its tranquil scene contradicted the bustle that lay outside the hotel space. Was the photo a portal to another world; looking at the snow-capped mountains could we transport our minds to a far-away place and distance ourselves from an undesired reality? Hotels, after all, offer the allure of a respite from the mundane aspects of our lives.
As time passed the disconnection between the photo and its immediate surrounds in the hotel room grew. A low-frequency room-tone that had initially gone unheard began to dominate the space creating an unsettling dislocation between the visual and auditory senses. The image, once hung to allow the mind passage to escape, was now being recontextualised by the low monotonous hum that pervaded the room. Far from being relaxing the juxtaposition of the image with the room-tone created a sense of unease, a frustration that even in this idyllic setting a complete feeling of contentment could not be reached.

Once noticed the sound could not be ignored. Non-varying low-frequency tones such as these have no beginning or end, often connected with badly insulated air-conditioning and heating units in offices, trucks, airplanes. Low-frequency tones can travel for extended distances without energy loss, creating resonating vibration in our chest cavities, eyes, sinuses and throat. Studies have revealed that low-frequency tones elevate blood pressure, induce motion sickness, disturb sleep patterns, and may trigger mental health problems such as depression and noise sensitivity; all of these side-effects can occur even without consciously noticing the sound. How many of us work or live in an environment such as this?

After returning from my holiday I looked at the photo from the hotel while listening to the recording of the room. Again the disturbing blend of the utopian image with the dystopic sound created a conflict between the visual and auditory senses. Perhaps these two elements can never be reconciled, something that movie directors such as David Lynch discovered to their benefit long ago.

2 thoughts on “The effects of low-frequency room-tones”