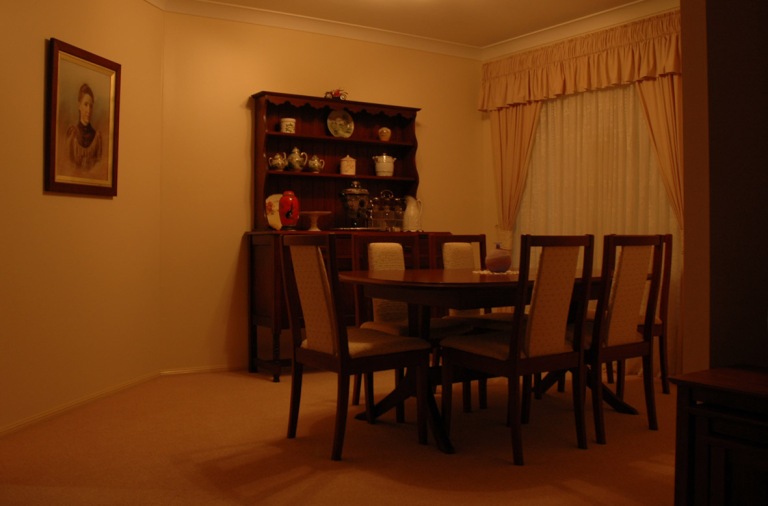 The slow measure of a clock emphasises the stillness of this room. What effect does a room tone have on those who occupy its space?

Upon entering unfamiliar rooms we often fail to hear their tonal qualities, however a room’s ambience can still manage to effect us in subliminal ways. Only after spending time in a space do we gradually become conscious of the sounds that characterise it; the electrical hum of motors, air-conditioning units, clocks and dripping taps each serve to create an atmosphere defined as room tone. Some rooms exude a sense of lightness, while others have the capacity to irritate or disturb depending on the nature of their tone. This process is known as introjection, whereby our emotional state replicates the qualities of our surroundings. 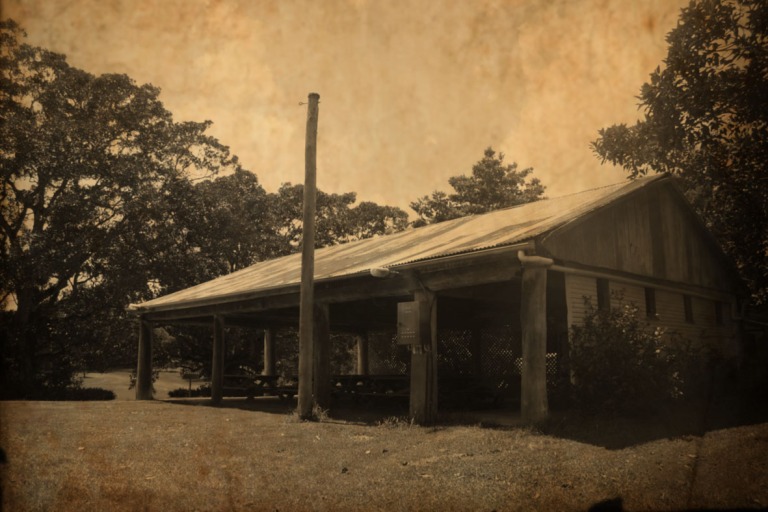 A generator adds a haunting tone to a farm shed located near the site of a reputed Aboriginal massacre.

It is a paradox that rooms with low auditory environments are often those with a greater degree of introjection. Toop says the emptier the space of sound, the greater the apparent volume of sounds within it; the lower the level of auditory background, the more intense the listener’s awareness of minimal interferences. In its worst form the room tones of our interior retreats can expose us to unforeseen sonic vulnerabilities and obsessions. In a syndrome known as hyperacusis we can become oversensitive to specific sounds or frequencies within our domestic sphere, finding them intolerable. It is here that Toop describes the stillness of our domestic security as the architect of its own vulnerability. In this sense room tones serve to haunt our physical and mental space.

In a hallway the movement of air passing through an air-conditioning duct creates a sense of unease.

In contemporary culture the director David Lynch is well-known for amplifying room tones in his movies. His audio production often combines sustained layers of household sounds whose claustrophobic tones imply the existence of sinister forces beyond the limits of our visual perception. Within Lynch’s movies we are moved to question the subliminal effect of the sounds that envelope us in our domestic spaces. In a broader context we might also question the effects of room tone in our working and public environments. As it surrounds us and passes through us sound remains completely intangible, rising above the physical boundaries to alter our state of mind. It is through this perspective that sound asserts its amorphous and haunting nature.

4 thoughts on “The Subliminal Effects of Room Tone.”