Byron Bay is often promoted in tourist literature as a peaceful hippy-mecca, but its population of over 9,000 can often be swamped under the seasonal influxes of tourists. Within the town centre the sounds of cars, pedestrians, buskers, and shop music sometimes overwhelm its small space. Ironically it becomes necessary to find somewhere to escape from the mass of peace-seekers.

Aside from its beaches Byron Bay’s parks lack an element of soundscape planning. Areas which have been designated to boost human enjoyment are compromised by their proximity to traffic, while sounds which may be desireable in some contexts, such as amplified music, often dominate the spaces where people go to mentally rejuvenate. 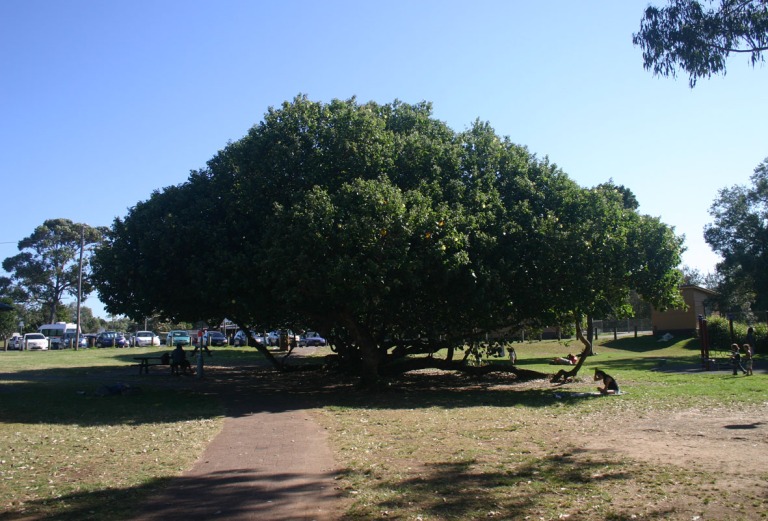 In 2000 Bohme argued that urban and landscape architects should take auditory perception into account. The perceptions of all senses should be dealt with to the same degree and the visual should not be favoured … urban and landscape planners and designers should create sonic environments which form part of their context over both time and space, (Acoustic Atmospheres: a contribution to the study of ecological aesthetics. Soundscape: the Journal of Acoustic Ecology 1, 2000)

A considerable amount of research has focussed on the development of visual aesthetics in urban environments however less research has investigated the relationship between our auditory sense and public space. The monotonous drone of industrial noise that prevails in many public areas disrupts our sense of psychological ease and hence contradicts one of the principles of public space. This is where the acoustic importance of Cumbebin Wetland becomes significant.

Just a few minutes walk from Byron Bay’s town centre, Cumbebin Wetland is an oasis of desirable hi-fi sound. Traffic noise from the nearby road is buffered by the wetland’s melaluka trees. In its place the sounds of birds, crickets, cicadas, bats and frogs provide a welcome relief from the sonic overload outside. It is to Byron Bay’s credit that this park has been zoned for both wildlife rehabilitation and public access. Rare species of frogs and bats have been given a relatively stable habitat, and the local community now has a place to escape from the industrial sounds of the town-centre. The auditory benefits of Cumbebin Wetland are therefore two-fold: it provides a pleasant acoustic space whilst retaining the integrity of Byron Bay’s natural soundscape.

In 2003 the US National Park Service stated that the preservation and restoration of diminishing natural sound environments or soundscapes has become a foremost challenge in the protection of park resources … Natural sounds are part of the special places we preserve. Rustling winds in canyons and the rush of waters in the rivers are the heartbeat and breadth of some of our most valuable resources (Sound~Waves: a Soundscape Newsletter).

In this era of rapid population growth it is easy for councils to favour utilitarian styles of town-design over the more subtle components of acoustic space. I hope that town-planners will change this approach and begin to consider the value of an area’s natural sound resources within their future urban designs.