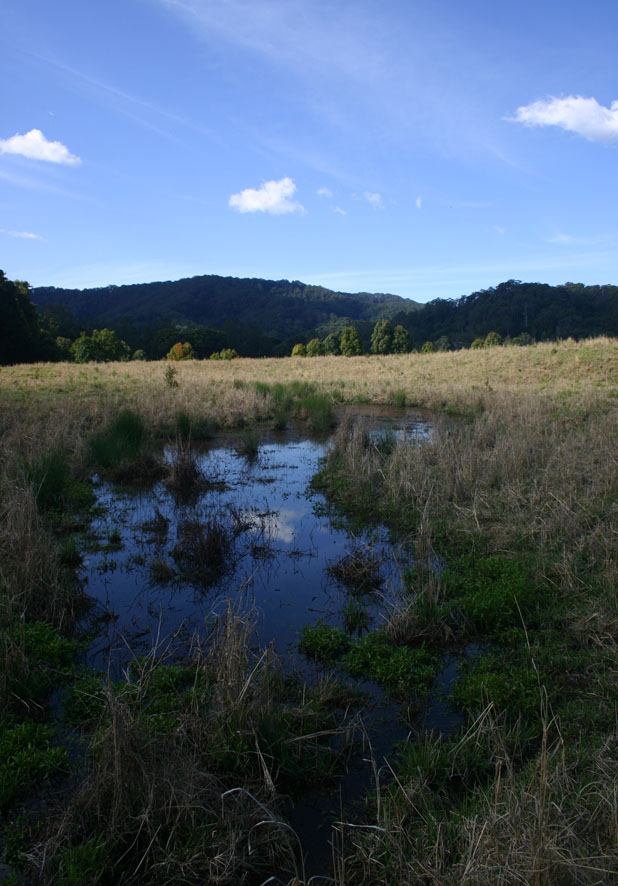 After months of near silence the valley is now full with the sound of Spring in action. This was no better exemplified by 2 walks through a neighbouring wetland.

By day a chorus of tiny green froglets surrounded the area in the photograph. Their sharp cricks cutting through the air at a volume that far exceeds their body size. It has been said that this mass use of vocalisation by animals such as frogs and crickets is used as a defensive mechanism against predators. Whatever its function may be, the area was all the richer for it.

By night the wetland was deafening. Several other species of frogs spent hours communicating to each other at top volume in the safety of the darkness; a huge contrast from the silence that pervaded the area the week before.

The debate as to whether spring should really commence at the beginning of a calendar month seemed irrelevant in the face of the life in the swamp.