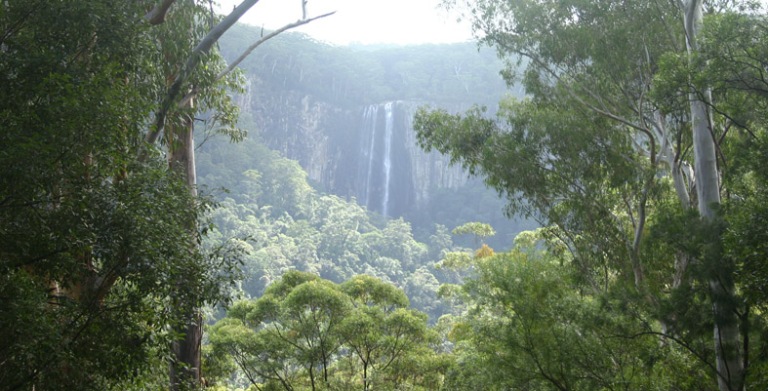 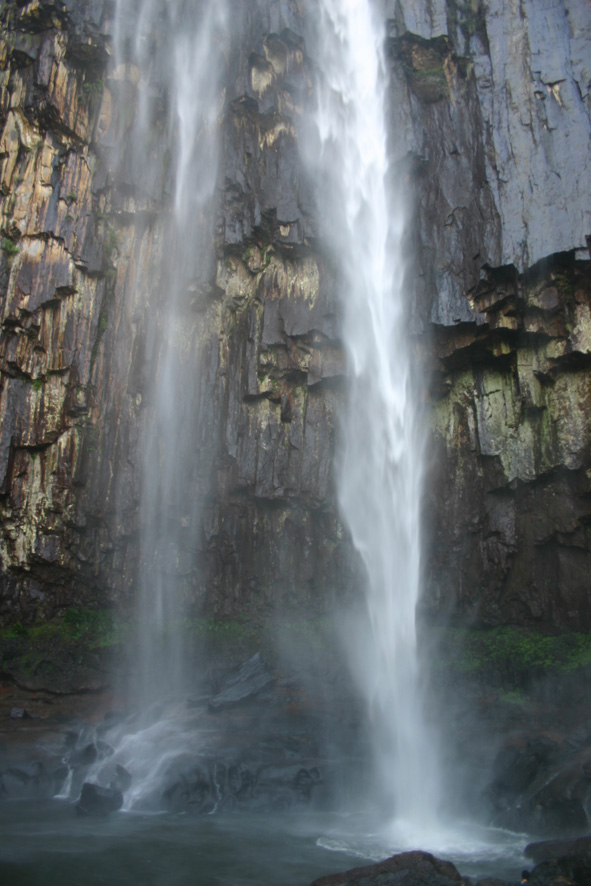 Minyon Falls is situated in Nightcap National Park, a World Heritage forest in northern NSW, Australia. The water from Minyon Falls plummets 104 metres into a small rock pool at its base. The crash of the water can be heard throughout the park, making itself a keynote in each of these field recordings.

The first clip records the sound of water hitting the rocks at the base of the fall. The force of the water produced a lot of wind and spray, creating a lot of problems in the recording.
0’45”

The second clip captures the sound of water and birdlife a few hundred metres downstream from the waterfall.
0’35”

Bird life is plentiful in the undergrowth of the forest at the top of Minyon Falls. The speed of the birds’ chatter is in contrast to the stillness of the forest canopy.
0’50”